Videos of the 780th Monthly Meeting – A celebration of the 100th Anniversary of the Eastern PA Branch ASM – Monday, September 21, 2020

Congratulations to the organizers, speakers and participants for a successful program celebrating our 100th anniversary of the Eastern PA Branch ASM. 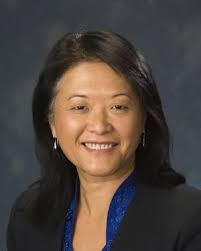 During the past 35 years, microbiology has undergone a renaissance. In the mid 1980s, at the very time when PCR was invented and HIV was discovered, microbiology, it seemed, had fallen out of favor. Universities were replacing their departments of microbiology into departments of
molecular biology and immunology. Similarly, grant study sections were shifting focus from microbiology to molecular and cellular biology. It appeared that the glory days of microbiology were fading, and yet, we persisted. Microbiologists already realized, as early as 1977, how diverse Archaea and Bacteria were from one another. But 20 years later, eukaryotic biologists were stunned when the genome of archaeon Methanococcus (now known as Methanocaldococcus) jannaschii was published. At least one third of its genes and proteins resembled nothing in the databases for either Bacteria or Eukarya. Another decade would pass before most general biology textbooks placed the three domains and the tree of life – as we know it – into their pages. Suddenly, departments of microbiology reappeared, in medical schools, as well as schools of agriculture. Microbiologists were being hired into departments in the physical sciences: physics, chemistry, engineering, environmental sciences, geology and astronomy. Jeff Gordon and his colleagues initiated studies that led to the study of “beneficial bacteria’. As if that were not enough to put microbiology back into the headlines, the context of worldwide travel and emerging infectious agents like Ebola and coronaviruses have reinvigorated awareness about viruses and their evolution. We will look back on the past three decades, through the lens of an educator of undergraduate students, on the reemergence of microbiology into a new golden age.